Firing out the Amaco AG40 is great for raku , but I sure had issues with the higher temperatures.  When I was working towards my degree and also was an apprentice at a pottery when I  found a little Amaco AG40 updraft kiln in the classified section of the paper.  The kiln was owned by older gentlemen and hobby potter about two hours from where I lived.  This gentleman had the kiln installed above his garage he was using as a studio.  He had a ventilation fan that came with the kiln and everything was in great condition.  A family member and I loaded this little kiln onto a truck and carefully drove it home.

The kiln had no instruction manual, and we had to learn how to light it from the label on the side.  We had the gas company bring out two tanks and connected both with 2 lines running into one hose with a connection to the regulator.  After following the directions, we were able to fire the burner and bring the kiln to life. That summer, and for the next two years would use the little kiln to run a raku line of pots.  Those were the best summers.  We ran a Spring and Fall show with demonstrations for the public.  It was three days of fire, smoke, and pottery.

Dusting off the AG40 Updraft

After graduating with a B.F.A. in Ceramics and leaving the pottery, I put all my equipment into storage. I had to find work to pay off student loans.  When my wife and I bought our home, I put in a small clay studio with the encouragement of friends and family who were into the wet shaving hobby.  These friends wanted lather bowls and brush handles.  I hooked up my little Amaco Kiln again and looked online for a manual. Amaco was able to send me an old manual.   I only fired this kiln to a midrange temperature with this kiln once but could not remember the schedule to repeat it.  The manual had a suggested firing schedule, so I started tinkering.

I had the gas company come and hook up a tank large enough to prevent freezing.  The first few firing were terrible simply because I was not able to properly regulate how much gas was going to the kiln’s burners and I had a broken gauge.  I started with a simple bisque fire but knew I had to make some repairs before I went to a full first firing.

At times I was almost ready to roll the kiln over the bank.  I had a whole cone or more difference in temperature between the bottom and top, with the bottom shelf being hotter.  The kiln would also stall out.  So I saved up some money and bought a converter kit.  The kit had a stand with an updraft burner which allowed hookup to a twenty-pound propane tank.  This helped out a great deal because I now had more control over the amount of gas and temperature of the kiln because this had a gauge that worked.

With the conversion kit, I now went back to square one and used the firing schedule out of the manual and completed a midrange firing.  I still had a large temperature difference between the top and bottom.  To fix this issue, I widened the glaze firing range so that the top of the kiln would not fall under fire.  I was able to get a few good pots using this method; that is until I accidently overfired on Christmas day.

Over Firing The Amaco AG40

On Christmas Eve 2015 I prepped and glazed a load of shave bowls that I wanted to have completed as Christmas gifts.  I wanted to wrap those gifts right from the kiln for dramatic purposes and hand them out a few days later. Glazing ran later than expected and the firing stalled out climbing to cone 5/6.  I left it run for an hour longer than usual, but the cone was not bending.  I realized that the gas had dropped off.  After fixing the issue, I went back inside. It was now 3 am Christmas morning, and I had an alarm set to go off every 15 minutes, but instead it went off after another 45 minutes.  While I nodded off with”visions of sugar plums dancing in my head” the little Amaco AG40 was over firing.

I jolted awake and looked at the time and realized the problem, then rushed to the kiln and looked through the peephole.  The bottom shelf was running real hot, and the middle shelf cone was now all the way down.  Thinking I caught it in time I started the 2-hour cooling cycle the manual recommended. All was fine until I opened the kiln about 30 hours later.

The bottom shelf was severely warped with cone 5/6 clay pots melted to it. It appeared that the shelf might have gone to cone 9 or 10.  The second shelf of pots had blister marks in them, so I suspect this shelf reached cone 7/8.  The top shelf was perfect.  I was able the salvage five good shave bowls to give to friends.

All of this was great practice on how quickly things can escalate even if minor adjustments are made.  I am still working out temperature differences, and the little Amaco AG40 needs new bricks and repair work done.  But the kiln has grown on me, and I enjoy firing it out in both reduction and oxidation firings.

Click here for the manual for those who may need it. It’s quite old but had some good information in it.  If you would like to add your experiences or tips concerning the Amaco AG40 or updraft kilns in general, feel free to comment! 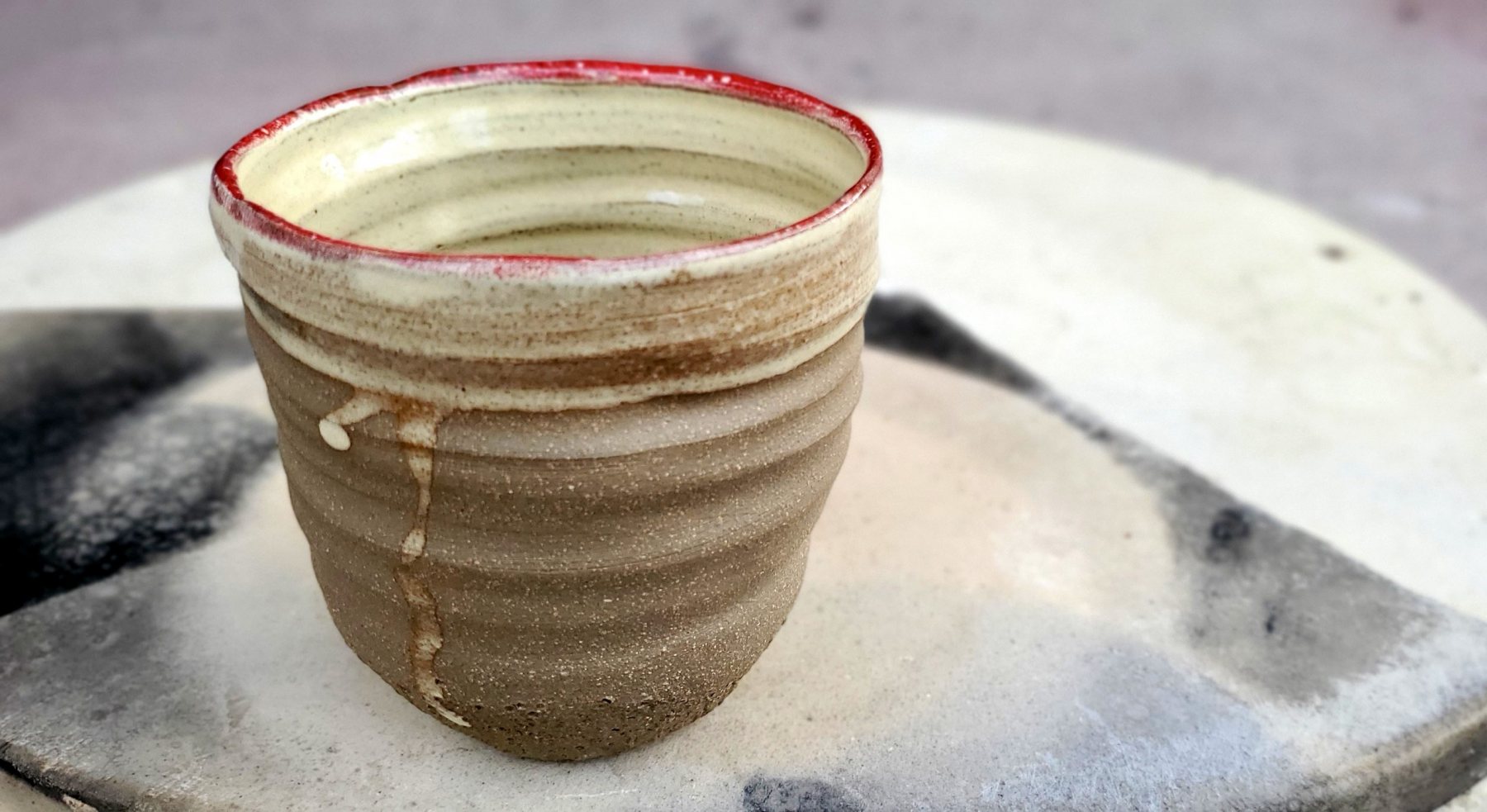 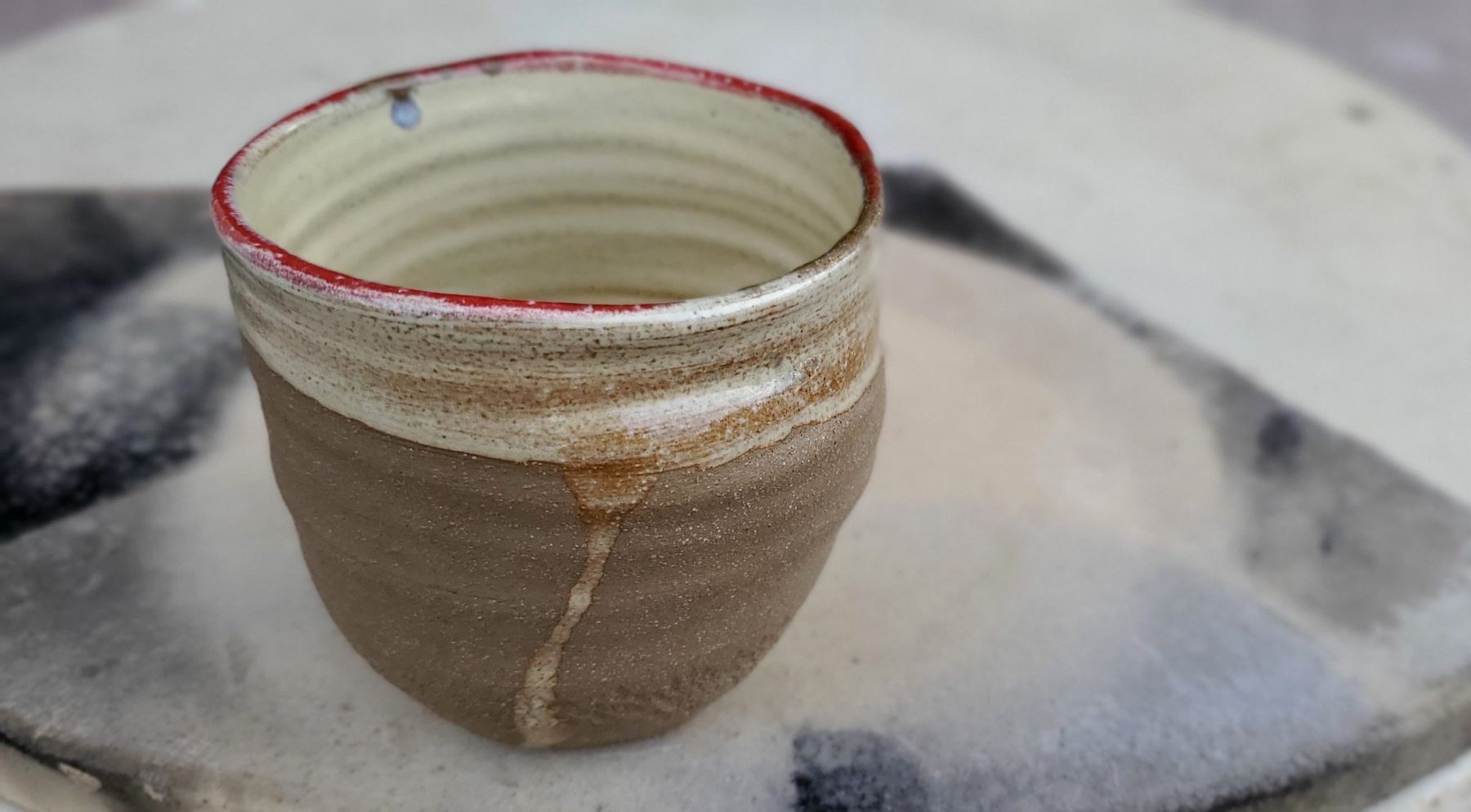 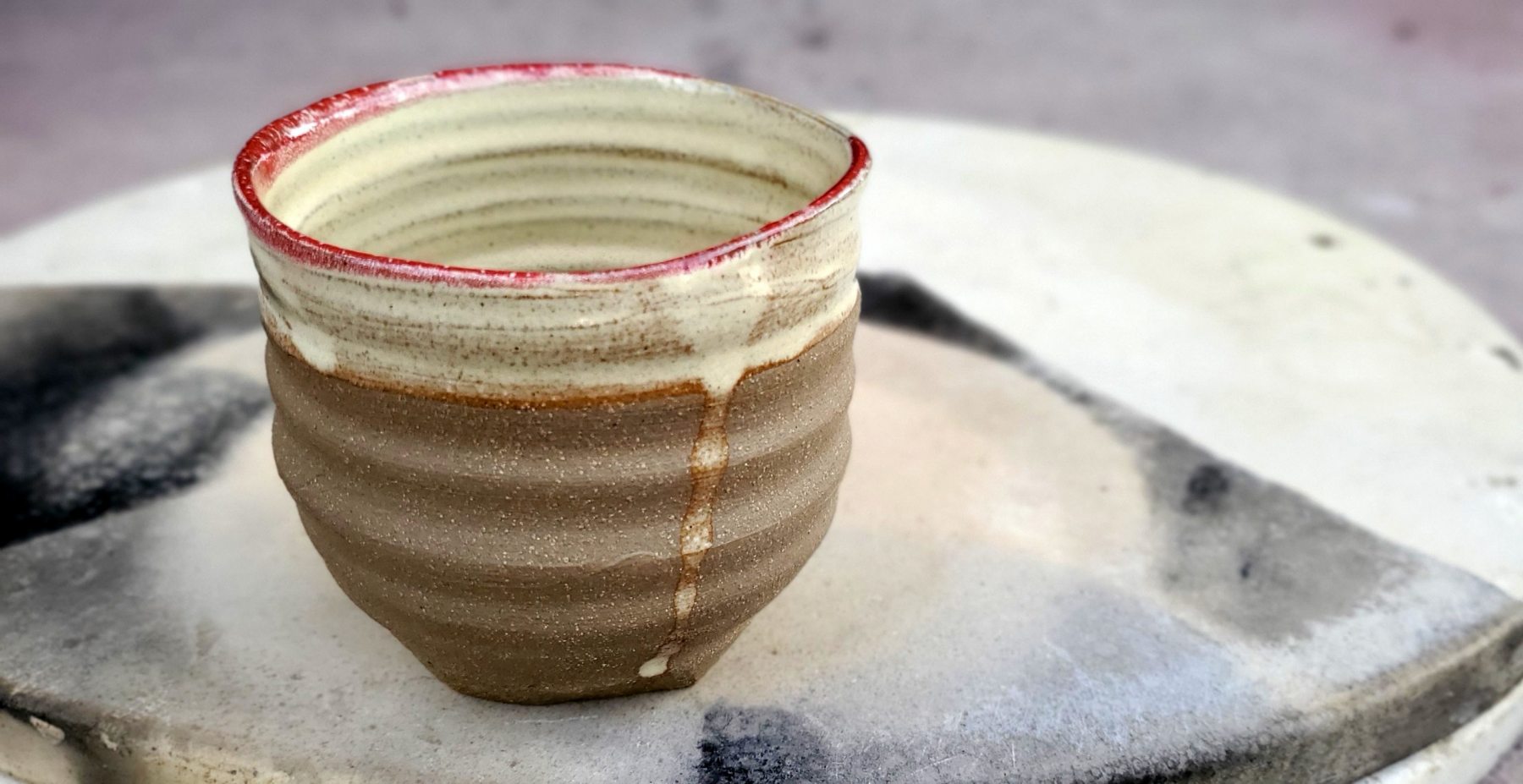 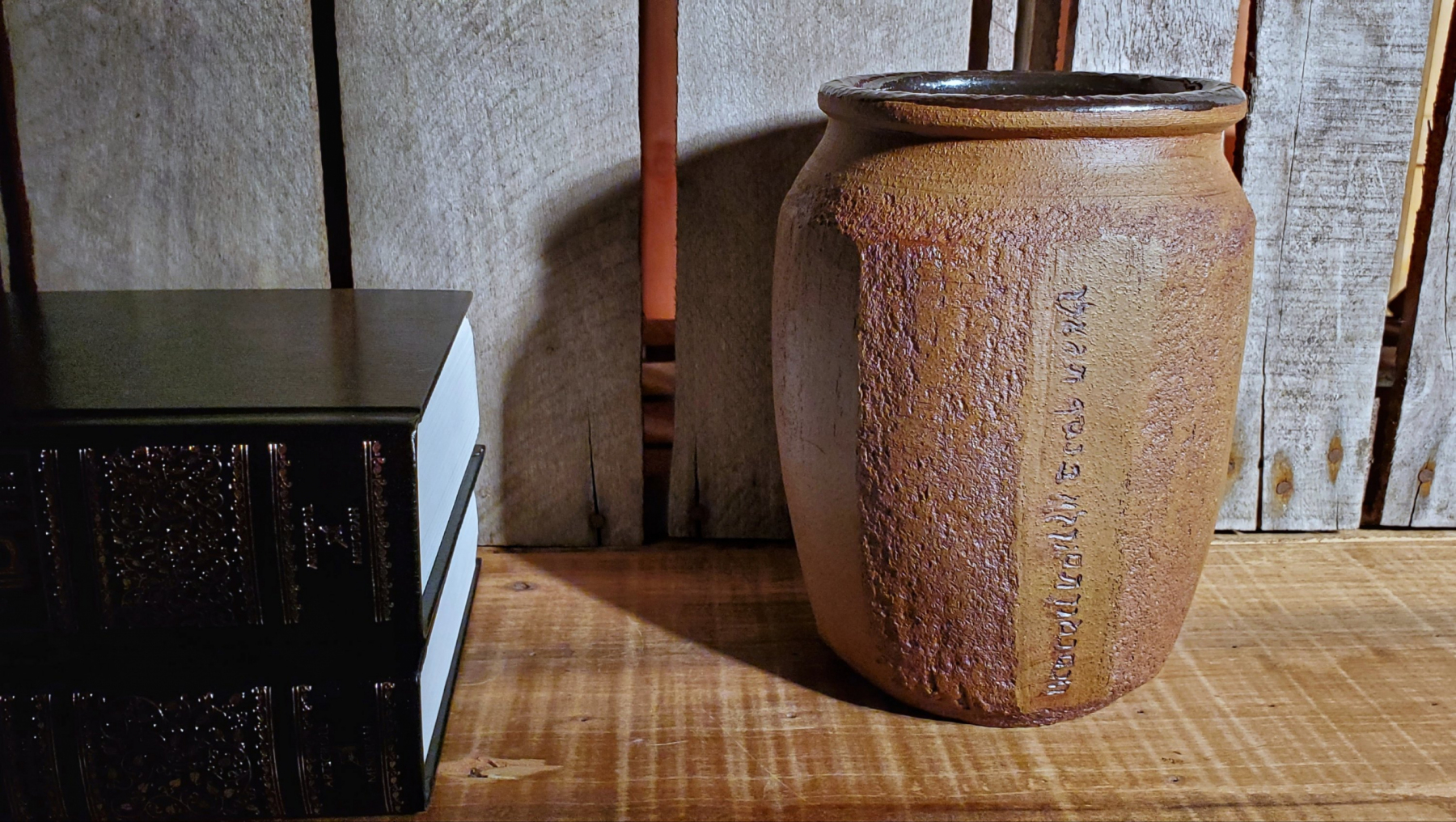 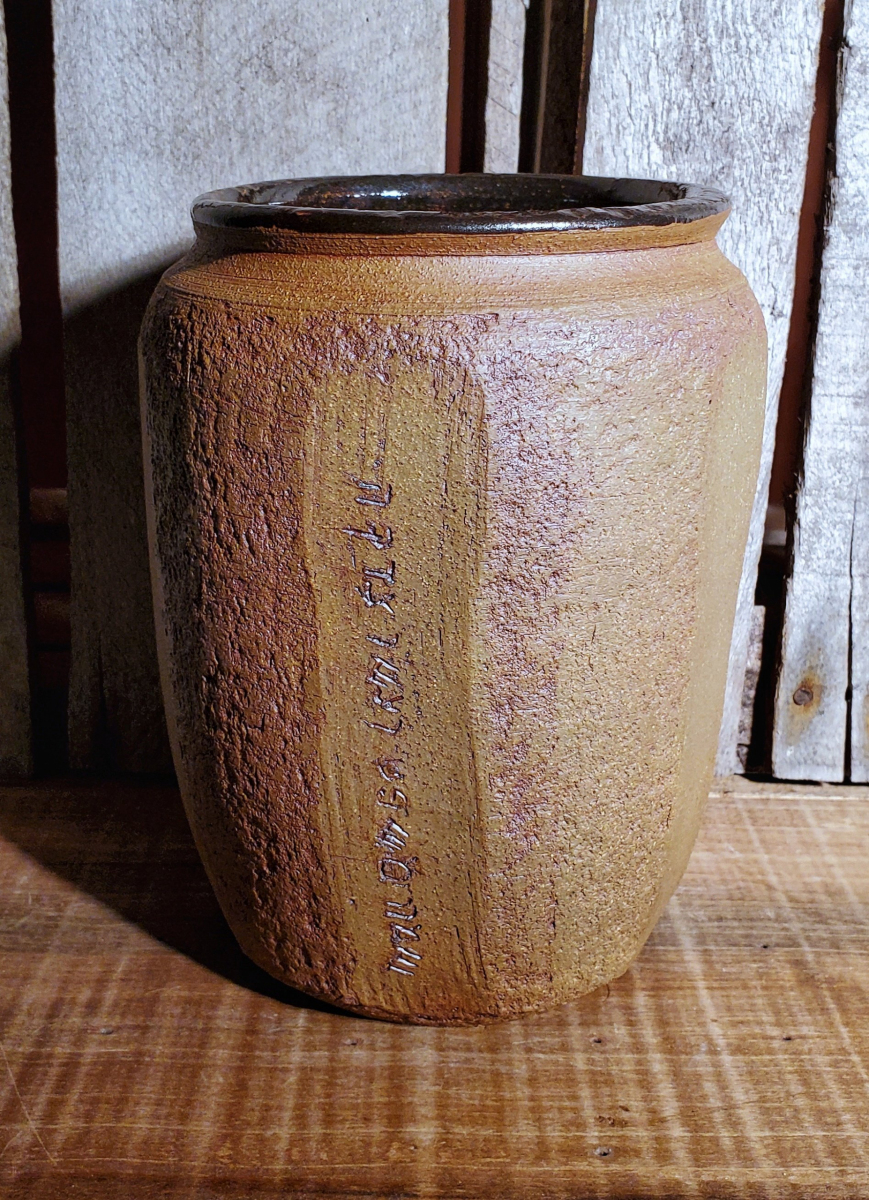 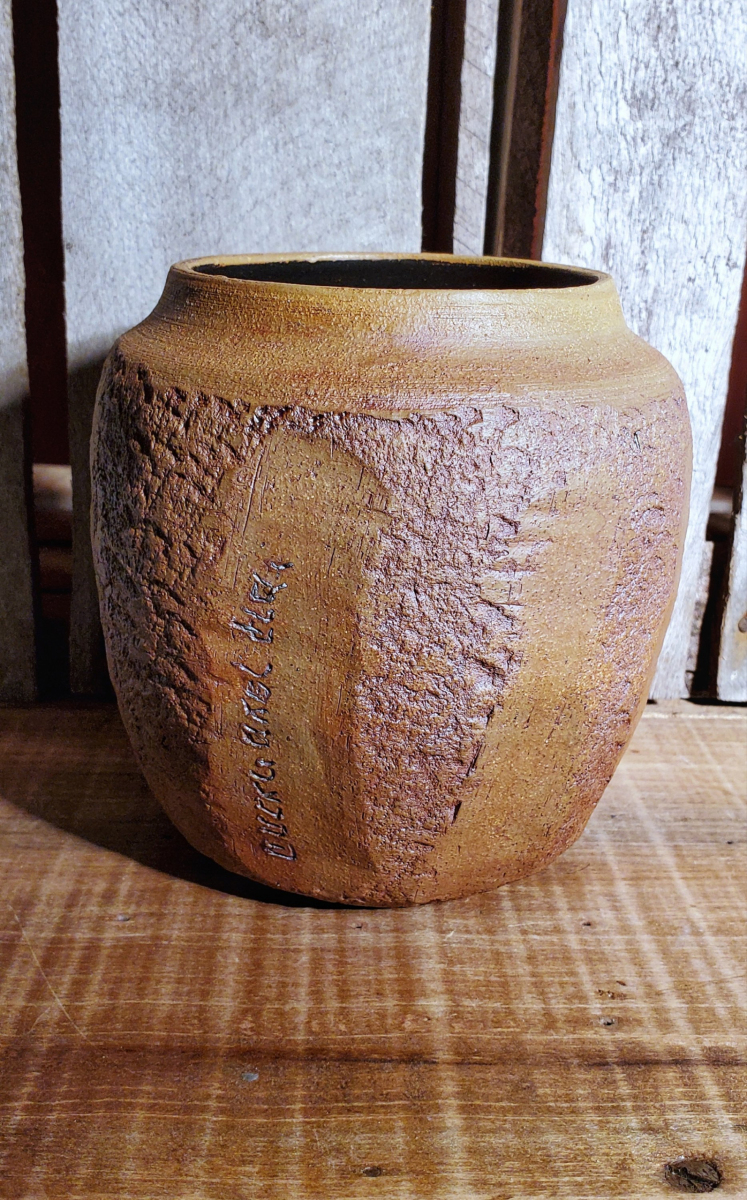